Microtia is a term referring to a significantly malformed, poorly developed external ear. While it is relatively uncommon, it appears to be more prevalent in Central and South America than in North America. Both genetic and environmental factors are thought to play a role in the development of the anomaly, though a specific genetic marker has not been found. The severity of microtia can vary from case to case.

It can take two to three separate surgical procedures over a course of a year or longer to complete the transformation. The first stage is the longest and probably the most complicated. It involves creating the auricular framework with rib cartilage. The second stage, lobule (earlobe) transposition is performed at least two months after the first stage. The third stage involves elevating the auricular framework which was created in stage one.  The outcome from these procedures are remarkable and the smiles on the individuals face say it all.

Dr. Sabini serves on the Board of the HUGS Foundation and is the surgical team leader for their Ecuadorian mission. Since 1999, he has made annual trips to Quito with a team of volunteers who treat children with congenital facial deformities such as microtia. 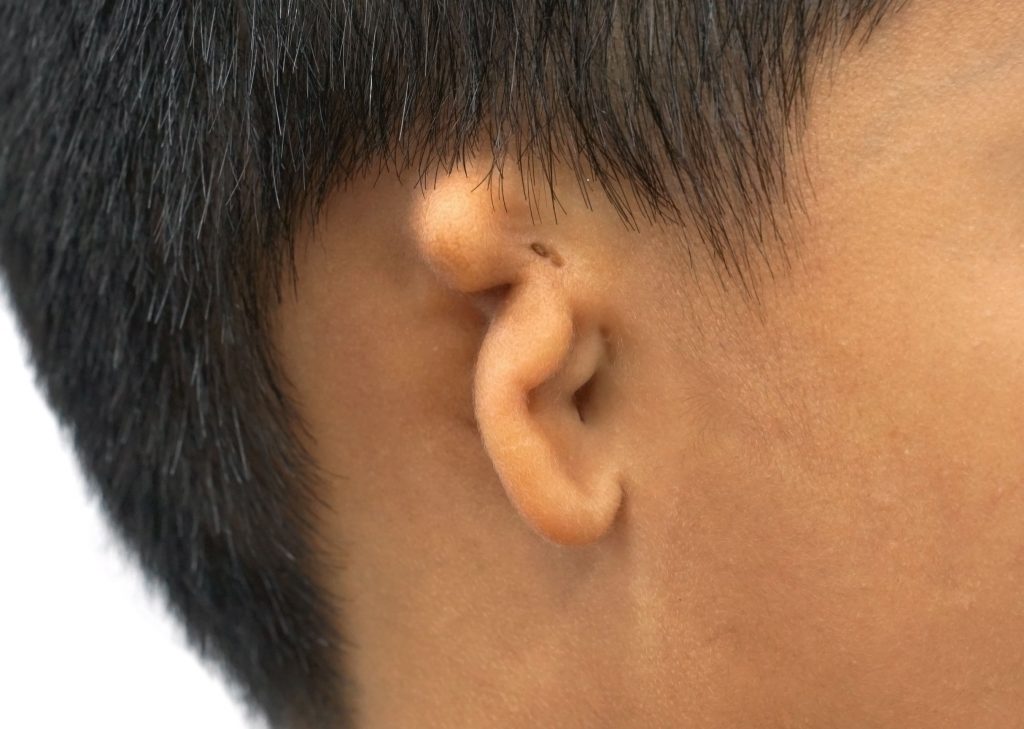