Cleft nasal deformity is the term used to describe the characteristic changes in the appearance of the nose that occur due to cleft lip and palate. Cleft lip results in an abnormal shape and position of the nasal cartilages that creates an uneven appearance of the nostril, nasal tip and deviation of the nasal septum. In addition to an uneven appearance of the nose these changes frequently cause breathing difficulties during childhood. The width of the gap in the cleft of the lip impacts the severity of the changes in the nasal appearance. When the gums and palate are involved in the cleft the separation in the bones creates a wide gap that separates the lip segments and drastically changes the shape of the nose.

Cleft nose repair is widely considered to be the most difficult surgeries to achieve consistently good results. It is important to find an experienced surgeon to achieve an aesthetically pleasing and natural appearance.  Our surgeons customize their approach to each patient based upon their nasal anatomy and goals for change in their appearance.  Cleft rhinoplasty is frequently combined with procedures to improve breathing through the nose such as septoplasty for deviated septum and turbinate reduction. 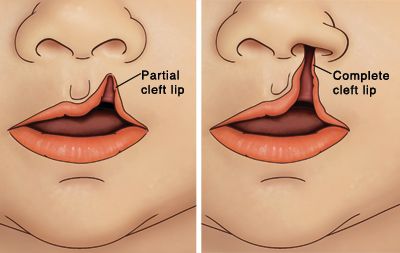